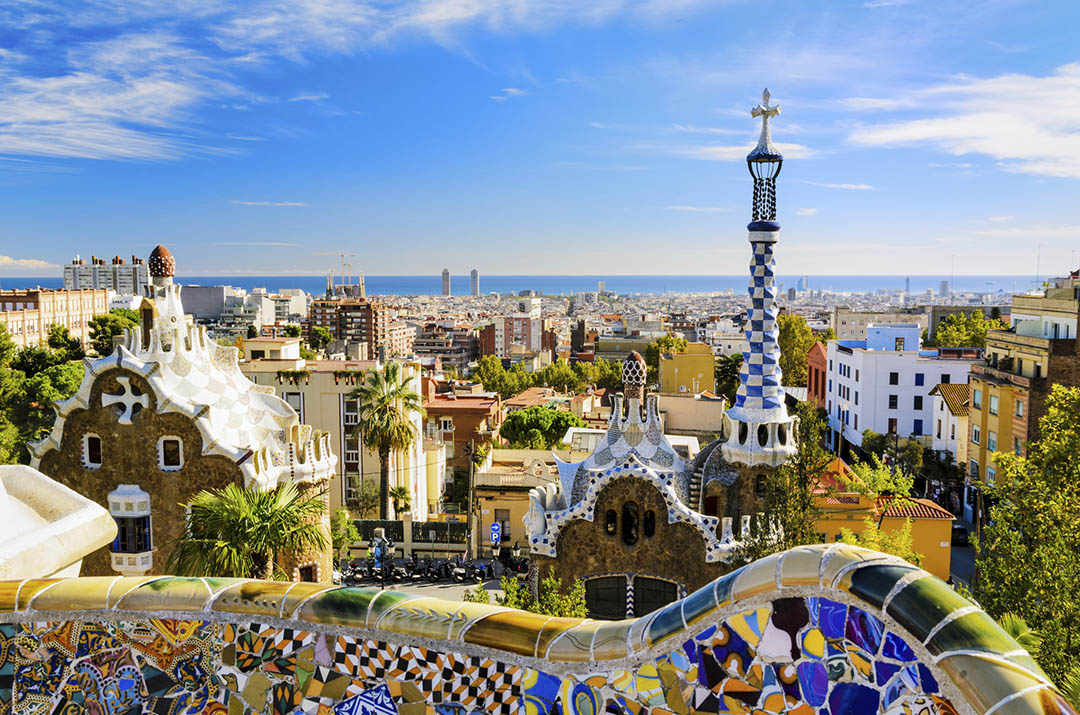 It is located in the same height as Guell Park, outside the park in the hill overlooking the city – in the Gracia neighbourhood. It is the same mountain where people from the neighbourhood go for a walk and to do sports. You can take the same itinerary recommended by the park that will lead you up to this lookout at the foot of Colegio Virolai where you can see an area of a large paved extension and at the same edge you can enjoy a spectacular panoramic view of the city where early-risers can see the best sunrise in Barcelona. 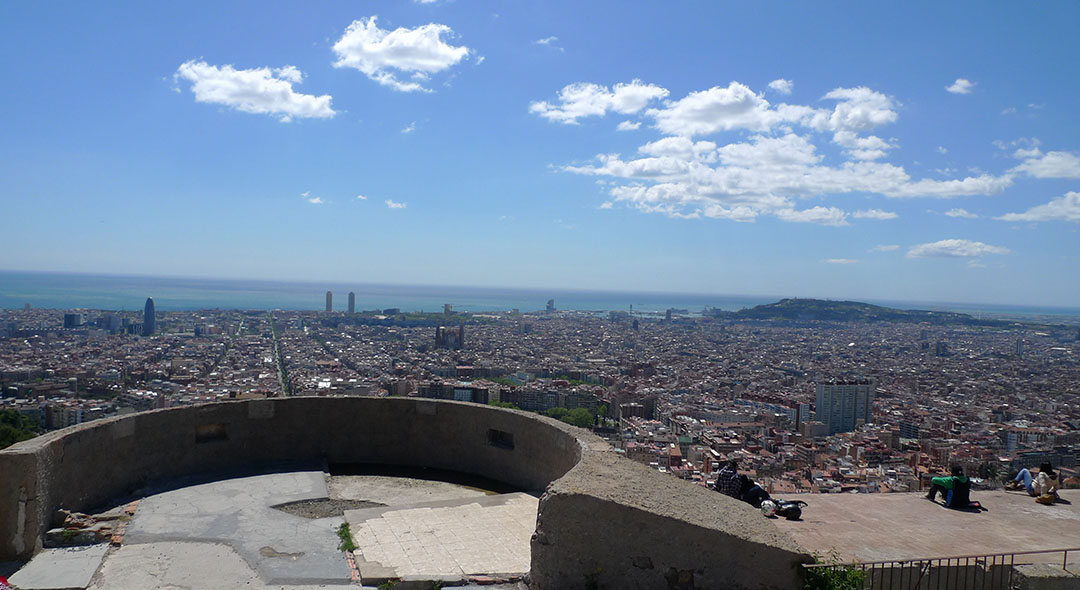 After visiting Park Güell, and if you’ve finished the visit at the park’s lookout, you can spend your time going to the mountain you see at your left side which has a huge construction of a deposit on its top. Local people call them the Anti-aircraft or the Bunkers because they were built during the Civil War in 1937 to defend the city from the bombers who came to destroy the city. Moreover you can see series of half-destroyed constructions that were used to take refuge from the planes when they were attacking. From the top you will see amazing city views, a different and closer perspective to la Sagrada Familia than the view you have from the Park Güell’s mountain lookout.

It is the oldest park preserved in the city of Barcelona, located in the neighbourhood of Horta, and its secret is that it has a labyrinth inside. It's not a crowded park, but very caring, quiet and beautiful with a neoclassical garden from the 18th century and a romantic garden from the 19th century. You can find in it waterfalls, fountains, lakes with colourful fishes, sculptures of the Greek mythology and a mansion.

If you do not know what to do one day and you are tired of the crowd and you want to have a quiet walk, this is your place with charm.

How to get there:

By metro is line 3 and the stop is Mundet.

By car is the exit 4 of Ronda de Dalt, look at the mountain’s side and you will see it right away.

It was designed by Lluís Riudor i Carol, director at that time of the Municipal Service of Parks and Gardens of Barcelona. Opened in 1965, it stands out for the great variety of roses, plant to which this park is dedicated in a special way, with a set of about 11.000 roses of about 245 different varieties.

How to get there: the nearest metro stop is Universitat, at the end of line 3, very close to the Camp Nou, Barça’s stadium.

In this restaurant you can taste a cuisine of Italian and Catalan tradition in an excellent combination, a very delicate and conscientiously chosen menu for the delight of its customers, which changes every season. You will also find a very good selection of wines.

Product of proximity chosen by Paolo, the chef of the restaurant.

Adnaloy Osio, a chef who has worked with great masters of the Spanish cuisine, proposes you a menu full of flavours, textures and sensations. The Venezuelan gastronomy is the expression of the colour of its land, the taste of its seasoning and its overflowing joy.

It does not pretend to be a gastronomic restaurant at use, every dish of its kitchen takes a hidden story and feeling. The raw material with which Osio sisters work each of their dishes, is of the highest quality, working through mostly organic products. It is a gastronomic proposal to be eaten in many cases with the hands, enjoying every bite that will help us to move to Venezuelan lands.

A mention of its cocktails should be made, with a variety of premium rums that match in a spectacular way with his gastronomic proposal.